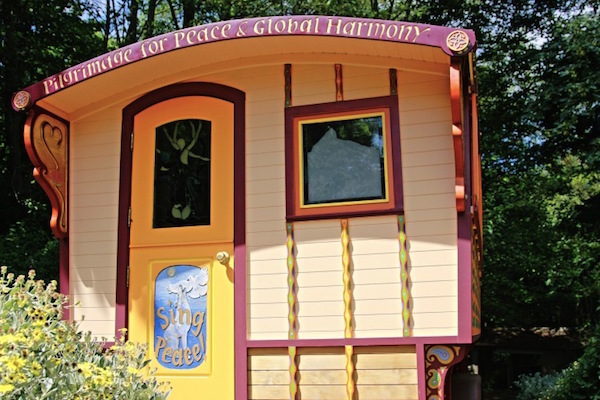 Encounter with the White Lion 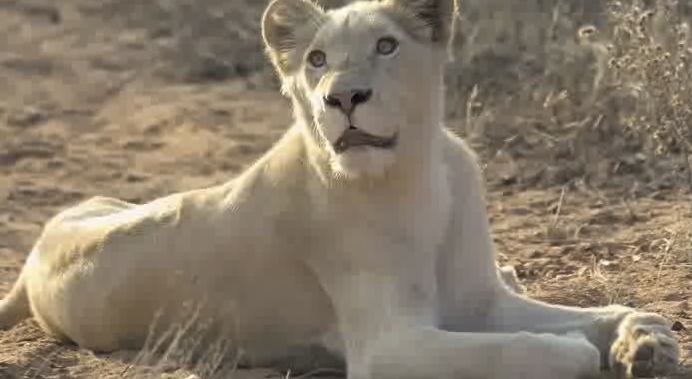 ORDER OF THE WHITE LION 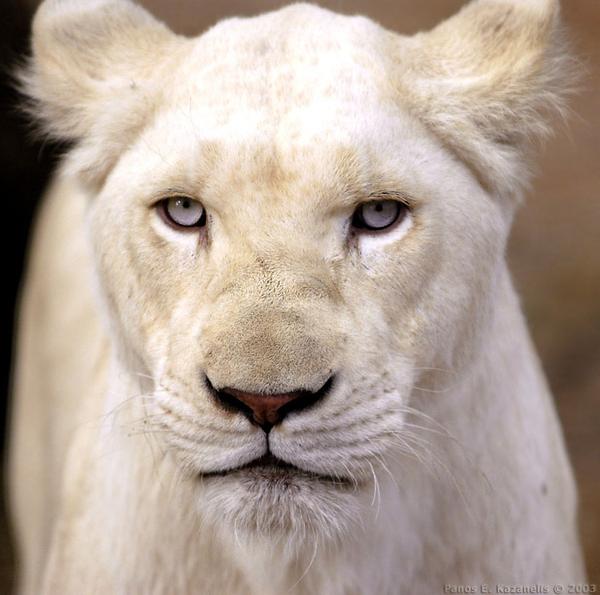 The White Lioness, symbol of Sacred Activism, appeared in my meditation, blessing the SingPeace! Earth Pilgrimage for Peace & Global Harmony.  On the night of the Lunar Eclipse, I discovered the video conversation between Andrew Harvey & Linda Tucker, shaman and author of "Mystery of the White Lions: Children of the Sun God," learning from them, the role of the White Lion in our collective evolutionary metamorphosis.

The white lion is a rare breed, known in legend to reappear when humanity and Mother Earth are undergoing an "evolutionary metamorphosis." I was completely unaware of these lions, their message and their plight until joining a Stephen Dinan and Barbara Marx Hubbard on my first ever Shift Network call in October 2010. As a prelude to this course, Barbara talked about her book, "Emergence."

Though I'd heard her name as a "futurist" through the years, I wasn't drawn to look into her message. But some kind of activation was taking place within me as I stood, headphones on in my kitchen - it was dinnertime - nodding my head, "Yes. Yes. That's right, yes," I kept saying aloud. And, of course, I signed up for her upcoming course.

That was on a Thursday evening. On Friday, I would attend the Bioneers Conference via satellite. Bioneers' mission is "to inspire a shift to live on Earth in ways that honor the web of life, each other and future generations." My mission, the gypsy wagon journey of SingPeace! Earth Pilgrimage for Peace & Global Harmony, is an expression of a common desire to support this shift.

I awoke early Friday morning to meditate. Nodding out and in a meditative/dream state, I witnessed the following:

I am walking along a dirt road with a small group of people. One person, a tall man, is walking alongside me, his arm snugly around my shoulders. I don't look up to see who he is; instead, I ask telepathically. He tells me his name, "Larry," someone I know, and who I recognize in that moment as an "evolutionary partner," a suggestion from Barbara on the call.

Up ahead and standing at right angles across the path, is a white lioness, her head and eyes turned in our direction. A few paces in front of me and my friend is a stocky young man with a buzz cut and wearing a t-shirt. His pace has slowed. "He has a luger," my friend says quietly. Everyone takes an audible breath in and stops in their tracks as this young man takes aim at the lioness. Suddenly, I break free of my friend's arm. I can feel the fear for my safety from the crowd as I walk forward to engage the man with the gun in conversation. I have no recollection of our exchange, but it clearly diffuses a very tense situation. The young man is "disarmed," and does not shoot the lioness.

I arrived late to the second day of the Bioneers Conference, in time to hear these words: “The tale of the hunt glorifies the hunter, until the lioness tells her own story." The speaker, Elizabeth Kapu'uwailani Lindsey, was sharing her experience as an activist for climate refugees. She is an award-winning filmmaker and anthropologist who is also the first Polynesian explorer for National Geographic.

Then, I watched an online talk with Andrew Harvey author of, "Sacred Activism," in which he stated that the white lion is the symbol of "sacred activism." I recognized myself and my life purpose in that phrase, as it more nearly and neatly describes who and what I'm about than any other.

Barbara Marx Hubbard and the white lion, two rare breeds putting in an appearance at the same moment in time, the planets aligning, messengers forthcoming, all conspiring to ring the bell of my "calling"

Friends might laugh, not out of derision, but because they knew it all the time. I come from a long line of "activists," after all. I've been slow, aware of the tricks ego is bound to play and the folly of those who court power positions. Not a pretty sight anywhere in today's world.

While on that call with Barbara, I'd heard, once again, the deepest of all heart-longings: my wish to be "ordained," commissioned by the divine, for whatever I was meant to be and do in the world. I'd embraced the concept and path of "Sacred Activism," but I was not satisfied until I heard the lioness tell her story.

This, as it turns out, is not a metaphor. The white lion found me; and it keeps reappearing. I can't explain how I discovered the online video dialogue between Andrew Harvey, author of "The Hope: A Guide to Sacred Activism" and Linda Tucker, African Lion Shaman and author of "Mystery of the White Lions: Children of the Sun God." The two are setting up an Institute for Sacred Activism in South Africa.

In this dialogue, Linda Tucker points out that the white lions are here to assist in the evolutionary leap in consciousness. As "children of the Sun God," Kings of the Kings of the Beasts, they can and do ordain all actions which support Mother Earth and humanity's evolution.

Below is an introduction to a lion-hearted woman. She spoke during the 2010 Bioneer's Conference and helped to confirm my sense of having been "ordained" in my encounter with the White Lion.

Dr. Elizabeth Kapu’uwailani Lindsey is the first Polynesian Explorer and female Fellow in the history of the National Geographic Society.  An anthropologist specializing in ethno-navigation, she is collaborating with Google and other strategic partners on a geospatial Map of the Human Story.  Based on the indigenous science of way-finding, the project is being constructed using a variety of methodologies.  The map will provide dynamic data of the human condition to help forecast emerging patterns worldwide.  Produced in a visually robust and universally accessible way, the map reflects Elizabeth’s commitment to serve all people.  Her work serves as the cornerstone of what will become a ‘cultural trust,’ a digital repository for present and future generations.

In 2011, Elizabeth embarked on a 186-day expedition to every continent to explore and document teachings critical to navigating the complexity of our times.  Her journey will result in  a multi-media platform of digital, television, publishing and live events.

The former Miss Hawai’i also works with United Nations Ambassadors on behalf of environmental refugees who are faced with the punishing realities of the climate crisis. A U.N. study predicts there will be as many as 50 million environmental refugees by 2012. There has been no other time in history where the fabric of the human story has been more vulnerable.

Elizabeth’s keen insight and first-hand accounts from the world’s most fragile regions make her international speaking engagements an inspiring call-to-action. She offers global audiences the rare invitation to experience unsung societies. Her expertise of native science and ancestral wisdom are helping reshape western perspectives.
On Elizabeth’s most recent expedition, she journeyed to Satawal, Micronesia where she recorded the traditions of the palu, Micronesian non-instrument navigators. Lindsey, who was raised by native Hawaiian elders, earned her doctorate in cultural anthropology specializing in  ethnonavigation. She spent almost ten years documenting master navigator Pius “Mau” Piailug who is considered the greatest wayfinder in the world. Her documentary film, “Then There Were None”, which chronicles the near extinction of native Hawaiians, is considered a Hawaiian history classic and has received numerous awards including the prestigious CINE Eagle. She has created scholarships for children in India and the Pacific and plans to expand her efforts this year. In 2004 she was named Woman of the Year in Hawai’i.
Elizabeth serves on the international boards of the Tibet Fund, Islands First, Blue Planet Foundation and is an advisor to the National Geographic’s Enduring Voices Initiative and the Paris-based NGO ProNatura.